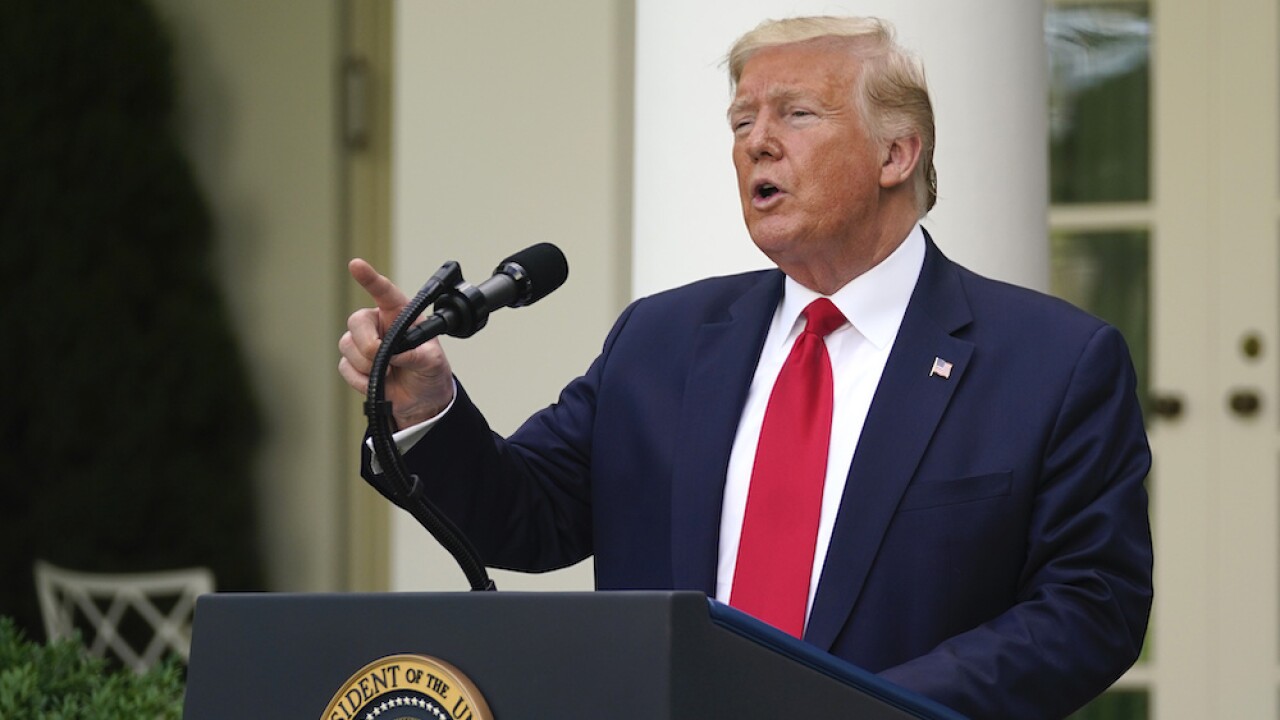 WASHINGTON — President Donald Trump is threatening social media companies with new regulation or even closure after Twitter added fact checks to two of his tweets.

Claiming tech giants "silence conservative voices," Trump tweeted Wednesday that, "We will strongly regulate, or close them down before we can ever allow this to happen."

The president can't unilaterally regulate or close social media companies, as that would require action by Congress or the Federal Communications Commission.

....happen again. Just like we can’t let large scale Mail-In Ballots take root in our Country. It would be a free for all on cheating, forgery and the theft of Ballots. Whoever cheated the most would win. Likewise, Social Media. Clean up your act, NOW!!!!

Trump and his campaign are lashing out after Twitter on Tuesday added a warning phrase to two Trump tweets that called mail-in ballots "fraudulent" and predicted that "mailboxes will be robbed."

Twitter added a link to Trump's tweet that directed viewers to more information about mail-in ballots, which studies have shown would likely not give an advantage to either party and rarely fraudulent.