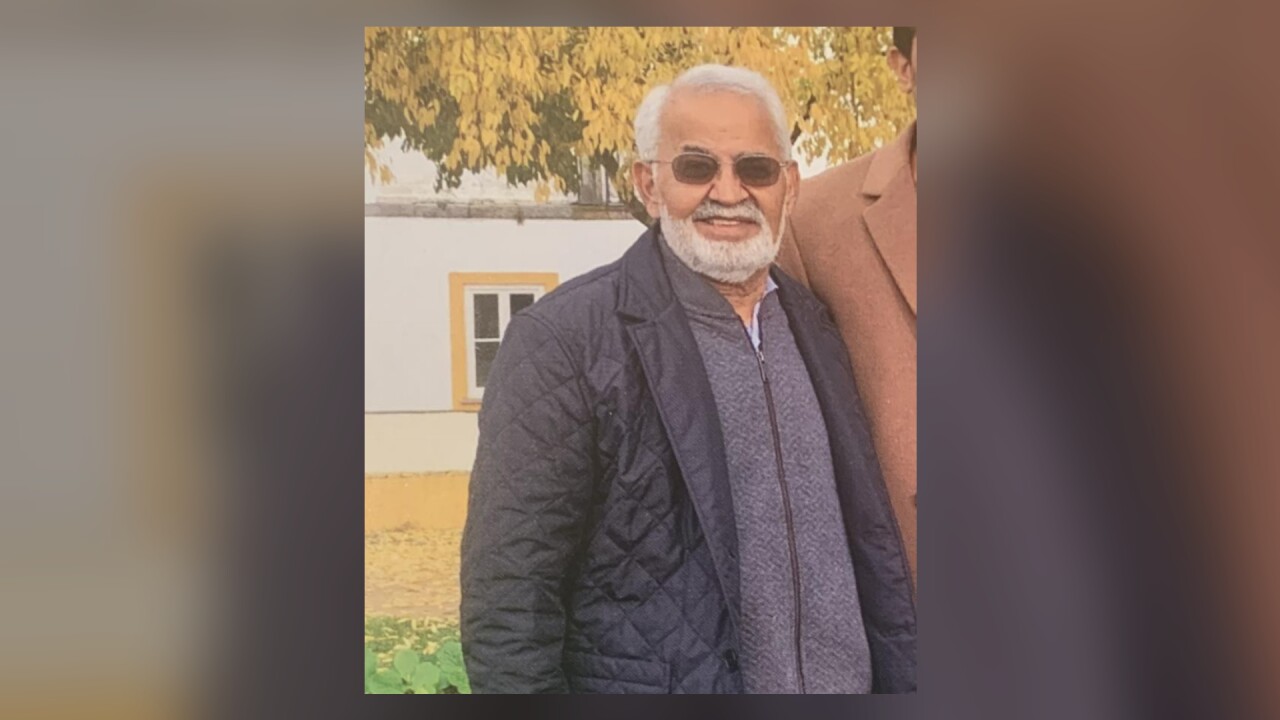 SAN DIEGO (KGTV) — San Diego Police are asking the public for help locating a 72-year-old, at-risk man who disappeared from his home Sunday.

Mohinder Badyal was last seen at his home on San Antonio Ave. on Point Loma sometime around 10 p.m. SDPD says Badyal has been diagnosed with depression and anxiety and is taking medications. He's also believed to be suffering from early stages of dementia.

SDPD says Badyal's family recently moved to San Diego from Seattle and he is not very familiar with the area.

Badyal is described as an Indian male; about 5-feet, 7-inches tall; 155 pounds; with grey hair, a grey beard, and brown eyes. He is wearing prescription glasses with transition lenses, a watch and a wedding band.