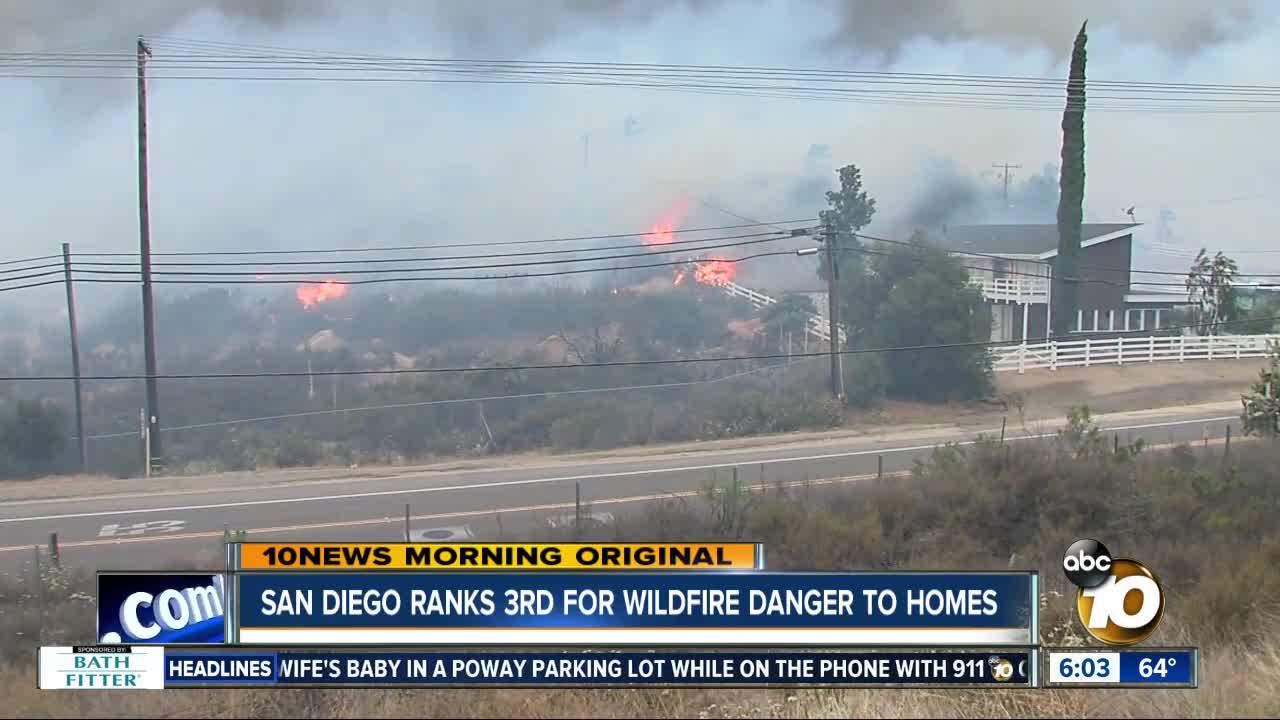 A new report says San Diego has the third most homes at high or extreme risk of being damaged by a wildfire. 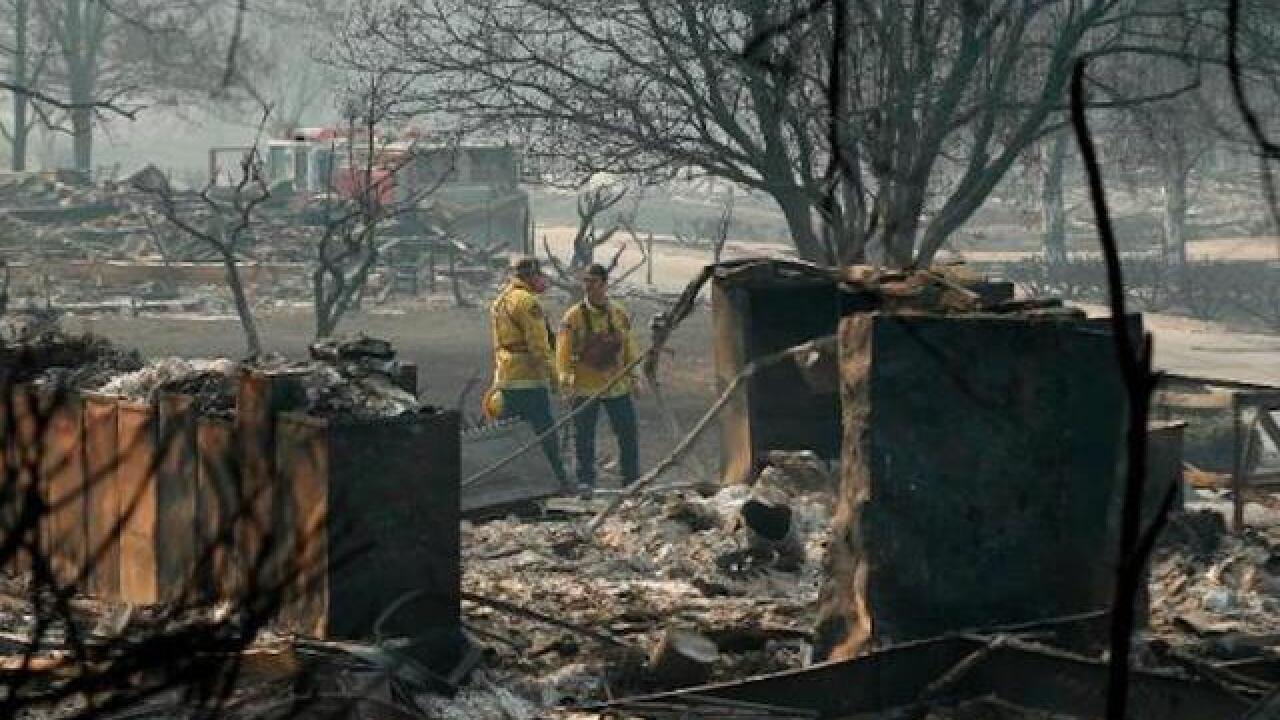 SAN DIEGO (KGTV) - More than 75,000 homes in San Diego are in areas that pose a "high" or "extreme" risk of wildfire, according to a new study by CoreLogic.

That's the third most homes in the US, behind only Los Angeles and Riverside.

In San Diego, the study found that it would cost $35.81 billion to rebuild all those homes.

The news comes as San Diego, and California as a whole, are in the midst of a relatively tame wildfire season. According to Cal Fire, there have been 4,9267 wildfires so far this year. That's well below the pace of the last two years, when there were 7,571 fires in 2018 and 9,133 fires in 2017.

Cal Fire says cooler temperatures and higher than normal humidity caused the number of wild fires to drop this year.

"When humidity is up, the fire doesn't burn as aggressively as it could if they were lower," says Cal Fire Captain Isaac Sanchez. "That's played a big factor for us this year."

But, Sanchez warns that people shouldn't look at the low numbers and think the risk is also low. He says the next few months will have prime conditions for a devastating fire.

"We've seen the hottest days we're going to see, the temperatures have been warm, the humidity has been low," says Sanchez. "So the fuels that are in the hillsides right now are receptive to fires."

Sanchez says people should remain fire-ready. That means clearing 100 feet of defensible space around your home, having an evacuation plan and taking extra precautions against anything that could spark a wildfire.