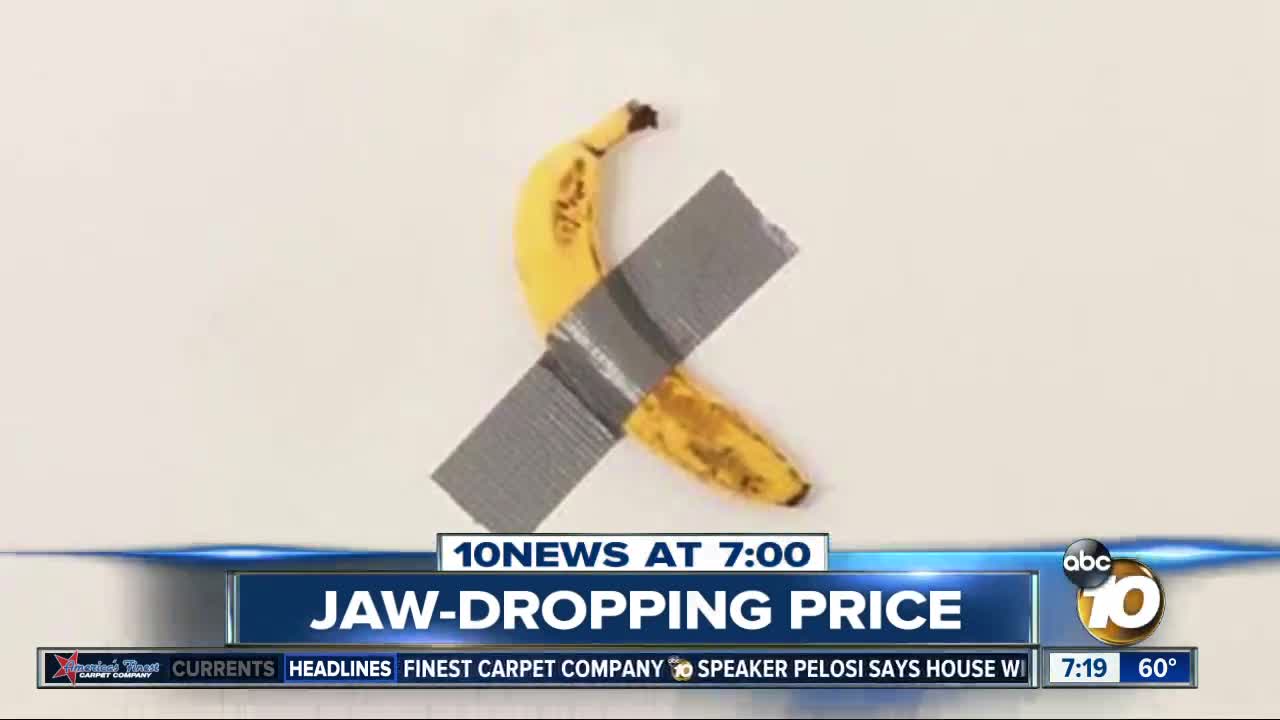 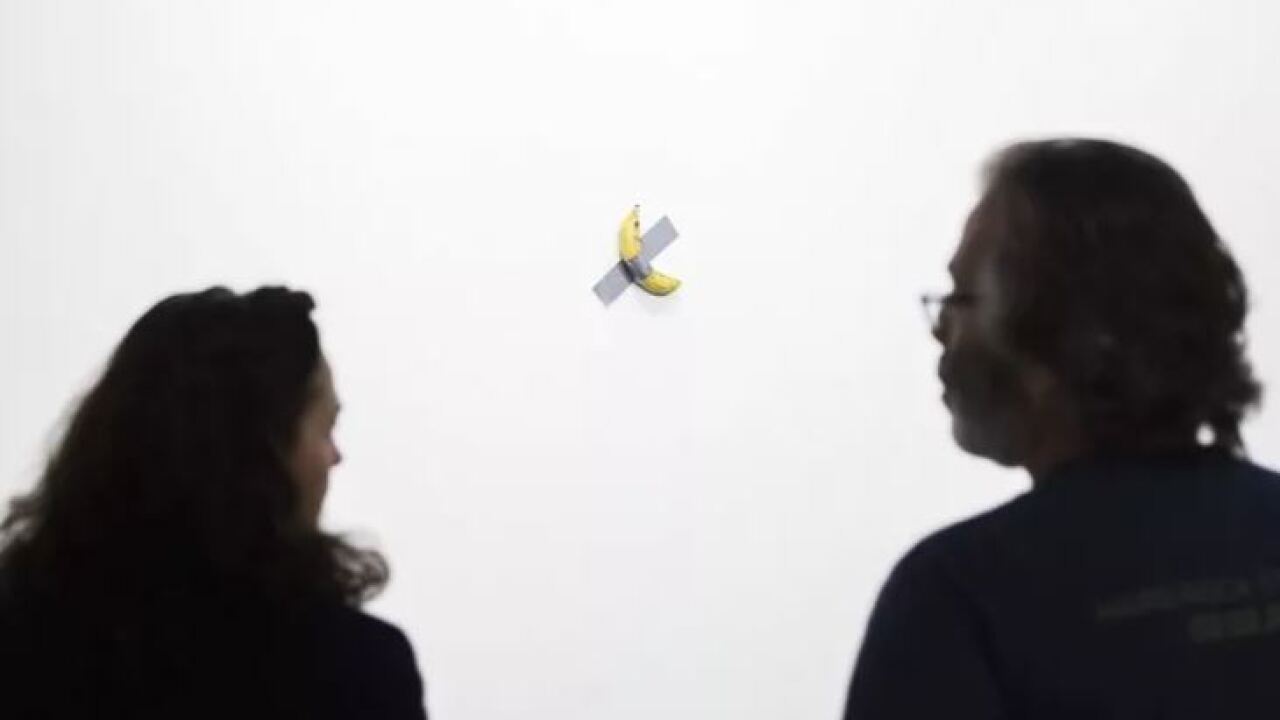 'Comedian' is the work of artist Maurizio Cattelan.

He says he came up with the idea a year ago and chose to use a real banana rather than an artificial one.

FOLLOW UP: Performance artist David Datuna ate the banana off the wall Saturday, calling his performance 'Hungry Artist.' But the piece isn't ruined. The banana is allowed to be replaced on a continuous basis as needed. The person who bought 'Comedian' owns the idea of the art piece, so whether the banana itself sticks around or not doesn't affect its value.