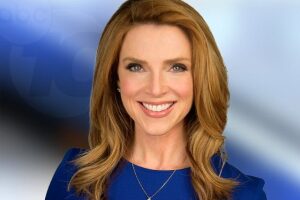 Mary McKenzie joined the 10News team in March of 2017. Mary is a Southern California native and is thrilled after years of circumnavigating the country to finally be back in the land of perfect weather and year-round outdoor activities.

Mary started her news career in Sioux Falls, South Dakota as a morning anchor and reporter for KSFY, the local ABC affiliate. She covered blizzards, floods and tornadoes, getting a crash course in storm coverage of nearly all kinds.

She also covered health and education stories for the station. News 12 Long Island was Mary’s next stop, where she added wildfire, hurricane, and believe it or not, earthquake coverage to her resume. Mary began freelancing in New York before signing on to inaugurate News 12’s weekend morning show for two years. Baltimore was the next stop, at WBFF-TV, where Mary worked as the weekend morning anchor and reporter. There she covered the Freddie Gray riots and tackled the city’s heroin epidemic as the station’s health reporter.

Mary and her husband chase two young kids and two rambunctious dogs, and try to spend as much time outdoors as possible, hiking and exploring San Diego. While indoors, she cheers on her USC Trojans and her husband’s Green Bay Packers.