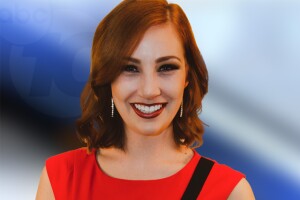 Leah is ecstatic to be back in her home state of California as part of the 10News team. Leah is a native to Sacramento and moved to the Central Coast to get a B.S. in Journalism from Cal Poly, San Luis Obispo. She then started her career at KERO in Bakersfield as a reporter and weekend weather anchor.

She won a NATAS PSW Emmy award for a story she did in her first year at KERO. She then left her home state and moved to Las Vegas to continue her job as a reporter and weekend weather anchor at KTNV. During that time, she was nominated for three more Emmy awards for her work as a reporter covering events such as the 1 Oct. shooting anniversary and the Ridgecrest earthquakes. She also developed a series called "Veteran's Voice" to help earn her a reputation as a military reporter in Las Vegas, getting two of those three Emmy award nominations for her military coverage.

Leah has a passion for shooting, writing, and editing stories by herself, skills she learned thanks to the NPPA News Video Workshop, which she attended twice. She also placed in two NPPA quarterly clip contests.

She joined the ABC 10News team in May of 2020 and is so excited to get to know Southern California. She'll be completing a Master's Degree in Meteorology from Mississippi State in December 2020. She has a tuxedo cat named Secret Agent Mittens, or Sam for short.