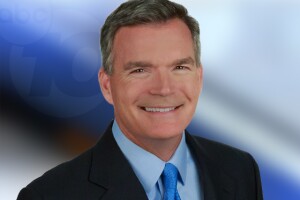 Jim Patton is a Weekend Morning Anchor and Morning Reporter for 10News.

He's been a television news journalist in San Diego for 14 years; having covered several major stories including the wildfires of 2003 and 2007, the Opening of Petco Park, the La Jolla Landslide, border issues, Occupy Wall Street, and the Mayor Bob Filner Scandal.

Born in San Francisco, Jim spent his childhood in the Bay Area before his family moved to Stockton in the San Joaquin Valley. He graduated from U.C. Berkeley with a major in History.

Out of college he worked as an assistant in a top Hollywood Talent Agency, a television studio Page, and even a Disc Jockey on a Caribbean cruise ship. His first job on-camera was for the County of Los Angeles hosting and helping to produce a magazine show called Parks Are for People. That show lead to his first community cable news work for the City of West Covina, which opened the door to broadcast news in Palm Springs, Oklahoma City and San Diego.

So far in his career, Jim has been honored with 13 regional Emmy Awards and many more nominations. He's been an avid runner since his track days in high school and college and enjoys sailing and playing chess.