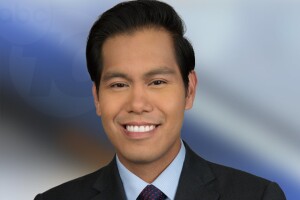 Anthony Pura joined the 10News team as an evening reporter in April 2017.

Anthony grew up in the Central Valley but is thrilled to call San Diego home. He studied at UCLA where he graduated with a Bachelor's degree in Mass Communications and Political Science. He also received a Master's degree in Broadcast Journalism from Northwestern University.

Anthony spent much of his broadcast career in Pensacola, where he was an anchor and reporter. He covered several severe weather events including hurricanes and tornadoes in Northwest Florida. He was also sent to Orlando to cover the Pulse Nightclub massacre.

When not working, Anthony is a huge 49ers fan. He loves checking out new restaurants and coffee shops in his neighborhood. He also enjoys running, hiking and doing anything that soaks up the wonderful Southern California weather.